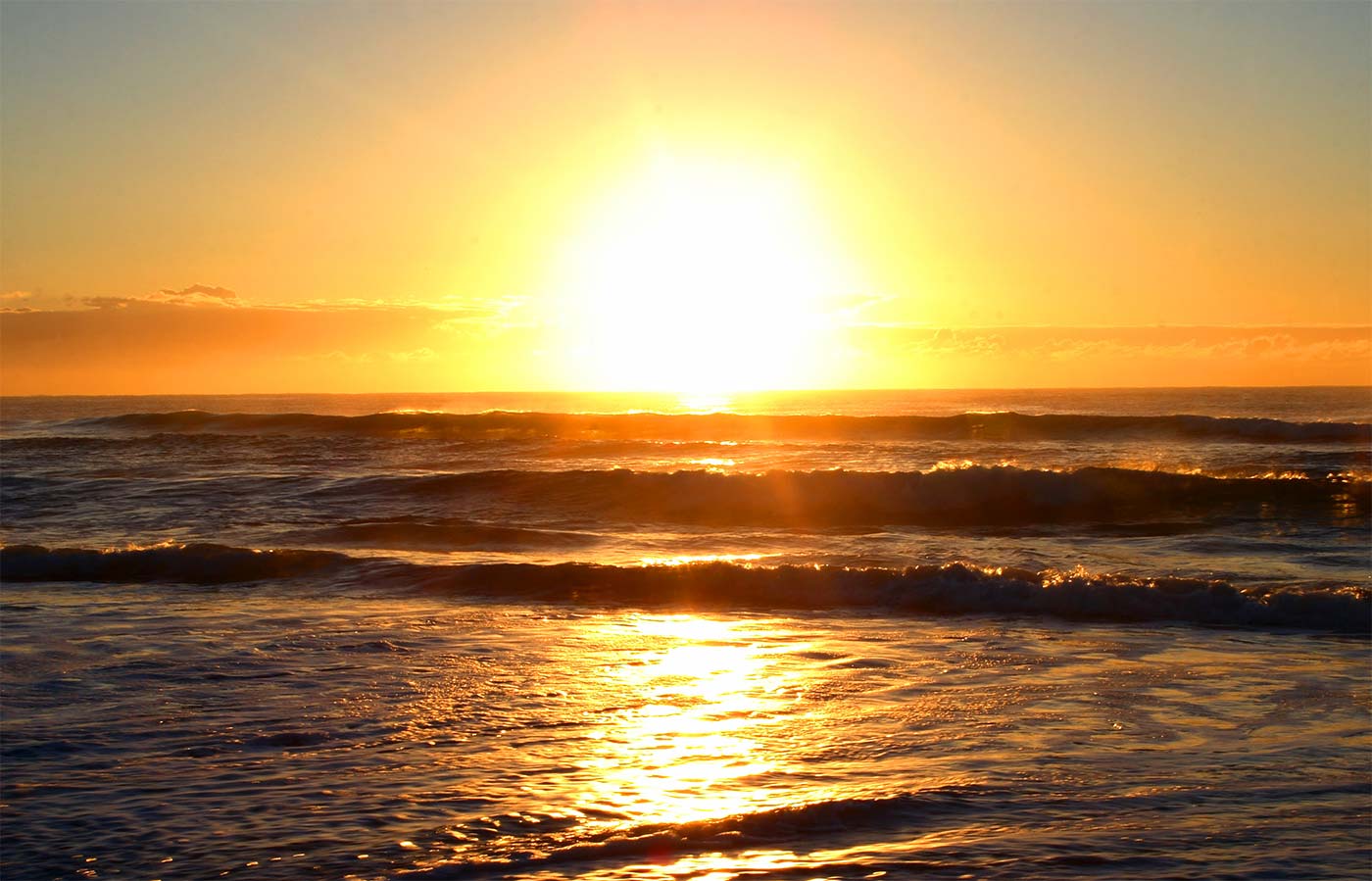 There’s a passage in Ernest Hemingway’s novel The Sun Also Rises in which a character named Mike is asked how he went bankrupt. “Two ways,” he answers. “Gradually, then suddenly.”

Technological change happens much the same way. Small changes accumulate, and suddenly the world is a different place. Throughout my career at O’Reilly Media, we’ve tracked and fostered a lot of “gradually, then suddenly” movements: the World Wide Web, open source software, big data, cloud computing, sensors and ubiquitous computing, and now the pervasive effects of AI and algorithmic systems on society and the economy.

What are some of the things that are in the middle of their “gradually, then suddenly” transition right now? The list is long; here are a few of the areas that are on my mind.

AI and algorithms are everywhere

The most important trend for readers to focus on is the development of new kinds of partnership between human and machine. We take for granted that algorithmic systems do much of the work at online sites like Google, Facebook, Amazon, and Twitter, but we haven’t fully grasped the implications. These systems are hybrids of human and machine. Uber, Lyft, and Amazon Robotics brought this pattern to the physical world, reframing the corporation as a vast, buzzing network of humans both guiding and guided by machines. In these systems, the algorithms decide who gets what and why; they’re changing the fundamentals of market coordination in ways that gradually, then suddenly, will become apparent.

The rest of the world is leapfrogging the US

The volume of mobile payments in China is $13 trillion versus the US’ $50 billion, while credit cards never took hold. Already Zipline’s on-demand drones are delivering 20% of all blood supplies in Rwanda and will be coming soon to other countries (including the US). In each case, the lack of existing infrastructure turned out to be an advantage in adopting a radically new model. Expect to see this pattern recur, as incumbents and old thinking hold back the adoption of new models.

China and the transformation of Africa

Speaking of Africa, if it isn’t on your radar, it should be. Gradually, then suddenly, it’s becoming “the next factory of the world.” That’s the title of a 2017 book by McKinsey’s Irene Sun. There’s also a detailed McKinsey report, Dance of the Lions and Dragons, based on a study of more than 1,000 Chinese-owned factories in Africa. As the US has withdrawn into a kind of neo-isolationism, China is stepping up. There’s a lot of misinformation, rooted in denial, about its “One Belt, One Road” initiative. Expect to wake up one day and realize that China has done to the US what the US did to the UK in the 20th century, becoming the new leader of the world economy, for good or ill. Up until now, China has spent a lot more time copying us than we spend copying them; that’s suddenly going to go into reverse. For a detailed look at the competition between the two “AI superpowers,” read Kai-Fu Lee’s book of that name. See trend 1.

The next agricultural revolution

Last year, when I spoke at the Food+Tech Connect Conference in Amsterdam, I got an eyeful of the agricultural revolution that is happening in the Netherlands. Did you know that this tiny country, 1/270th the size of the US, is the world’s second-largest food exporter? That’s a testament to the way that precision farming and other new technologies are transforming agriculture. Silicon Valley is waking up to the opportunity, and so are consumers. I stopped in at an Oakland sports bar recently, and what did I see on the menu but an Impossible Burger. This new meatless meat is no longer just a treat for tech elites. Expect meaningful change in the makeup of our food supply, what we consume, and how it gets to us. If you’re skeptical, remember that 25 years ago, the internet was just becoming mainstream, and even the smartphone revolution is only 10 years old. Gradually, then suddenly, both have transformed the world.

You have to have huge ideological blinders on not to see that the effects of climate change are less and less “gradual” and that we are rushing headlong toward a “suddenly” moment. One of the most interesting discoveries for me in the past year has been the work of groups like the Initiative for the Science of the Human Past at Harvard, which have been looking at the connection between climate change events and the fall of ancient civilizations. My friend Malcolm Wiener pointed out to me that climate events trigger mass migrations, which often bring with them new plagues, and whether a civilization survives (as the Roman Empire did, albeit on a reduced scale) or falls depends on the quality of its ruling elites. I leave you to consider the implications of the current political moment.

Genetic engineering is an important driver of food innovation, but it’s also a huge part of the possible response to climate change. Bring the wooly mammoth back to life? Save coral reefs? But climate adaptation is just the tip of the iceberg. Could we replace chemical dyes with bacterial by-products? And don’t get me started on the application of genomics to healthcare. Back in 2010, George Church pointed out the equivalent of Moore’s law for gene sequencing. As a result of that acceleration, we’re now approaching the “suddenly” moment for precision medicine. And of course, AI is in the middle of all that, helping with drug discovery, synthesis of new materials, and biological pathways. But I suspect that there’s also a hidden intersection with …

One of my biggest “Wow!” moments of 2018 took place in the offices of neural interface company CTRL-labs. Their demo involves someone playing the old Asteroids computer game without touching a keyboard, using machine learning to interpret the nerve signals that are sent to the hands. But it isn’t quite what you think. Moving things in the digital realm without moving your hands seems startling enough (though it’s worth remembering that it was once considered remarkable to be able to read silently without moving your lips). But that’s just the first stage. Essentially, users of this technology “grow” another virtual hand, which they can move independently of their physical hands. One of the researchers bowled me over when he said he was “working on controlling nine cursors at once.” Gradually, then suddenly, our children will interface with machines in deeper and deeper ways. Humanity is already going cyborg (see trend 1); expect it to accelerate. Don’t fall into the trap of thinking that AI will replace humans when it can be used even more powerfully to augment them.

Online learning isn’t just about online schools like Udacity and Coursera or O’Reilly’s own learning platform. What’s too often overlooked is how education and cognitive augmentation go hand in hand. The reason Uber and Lyft have a seemingly unlimited supply of drivers is because no training is required; the app itself does the heavy lifting of telling the driver where to pick up the passenger and how to get to the destination. At O’Reilly, we call this “performance-adjacent learning.” Josh Bersin calls it “learning in the flow of work.” So many of the attempts to create online education seem to be reproducing 20th century models online; instead, we’ve hitched our platform squarely to the “gradually, then suddenly” trend of knowledge on demand, understanding that the supporting role of coursework is to get you to the point where you can take in and use on-demand knowledge. (We call this “structural literacy.”) See trend 1.

The crisis of faith in government

Ever since Jennifer Pahlka and I began working on the Gov 2.0 Summit back in 2008, we’ve been concerned that if we can’t get government up to speed on 21st century technology, a critical pillar of the good society will crumble. When we started that effort, we were focused primarily on government innovation; over time, through Jen’s work at Code for America and the United States Digital Service, that shifted to a focus on making sure that government services actually work for those who need them most. Michael Lewis’ latest book, The Fifth Risk, highlights just how bad things might get if we continue to neglect and undermine the machinery of government. It’s not just the political fracturing of our country that should concern us; it’s the fact that government plays a critical role in infrastructure, in innovation, and in the safety net. That role has gradually been eroded, and the cracks that are appearing in the foundation of our society are coming at the worst possible time.

Economics is my learning frontier right now as I explore the connections between the business ecosystems of the great tech platforms and trends in what I’ve been calling the Next Economy. Some of the books that I’ve taken the most from this year include Doughnut Economics, by Kate Raworth; The Value of Everything, by Mariana Mazzucato; How Asia Works, by Joe Studwell; The Assumptions Economists Make, by Jonathan Schlefer; Prediction Machines, by Ajay Agrawal, Joshua Gans, and Avi Goldfarb; and How Adam Smith Can Change Your Life, by Russ Roberts. That final book is not at all what most people will expect from the title. It’s not about the “invisible hand” or The Wealth of Nations but about Adam Smith’s other great book, The Theory of Moral Sentiments, which explores the role of social norms as a check on self-interest. We must rediscover and reinvent those norms, or gradually, then suddenly, we’ll continue the descent into economic and political barbarism.

Rather than ending this newsletter on a down note, let me remind you that the future is not inevitable. As I wrote in my book last year, it’s up to us:

This is my faith in humanity: that we can rise to great challenges. Moral choice, not intelligence or creativity, is our greatest asset. Things may get much worse before they get better. But we can choose instead to lift each other up, to build an economy where people matter, not just profit. We can dream big dreams and solve big problems. Instead of using technology to replace people, we can use it to augment them so they can do things that were previously impossible.