If we let machines put us out of work, it will be because of a failure of imagination and a lack of will to make a better future. (Full text, video, and slides from Tim O'Reilly's talk at the White House Frontiers Conference.) 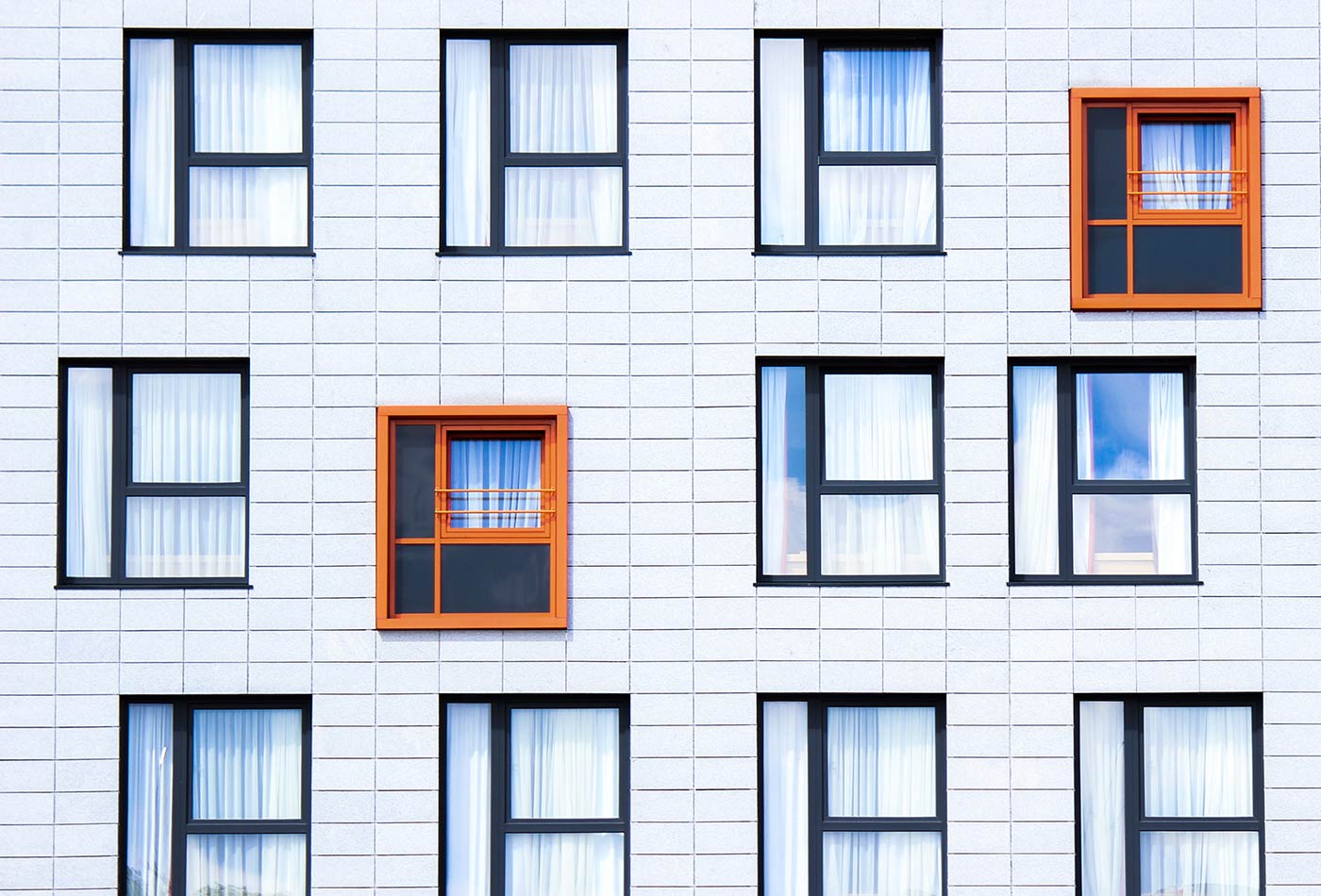 I had the honor to be one of the warmup acts for President Obama at the White House Frontiers Conference at Carnegie Mellon University in Pittsburgh. Here is the prepared text and slides from the talk I delivered there. As you’ll see if you watch the video, what I ended up saying isn’t exactly what I had written out in advance, but it is reasonably close.

Hearing that Bob Dylan just won the Nobel Prize for Literature, how could I not begin this talk with his famous line, “Something is happening here, but you don’t know what it is, do you, Mr. Jones?” The future is full of amazing things. On my way here, I spoke out loud to a $200 device in my kitchen, and asked it to call a Lyft to take me to the airport. And in a few years, that car might well be driving itself. Someone seeing this for the first time would have every excuse to say “WTF?” That of course is an expression of surprise and delight that stands for What’s the Future?

But many people are reading the news about artificial intelligence and are feeling a profound sense of unease. They are also asking themselves “WTF? What’s the Future?”, but in a very different tone of voice.

We heard recently from researchers at Oxford University that up to 47% of human tasks, including many white collar jobs, could be eliminated by automation within the next 20 years.

We’ve heard stories about how self-driving cars and trucks will put millions of Americans out of work.

Back in 1811 and 1812, a group of weavers led by Ned Ludd staged a rebellion, smashing the machine looms that were threatening their livelihood. Ludd and his compatriots were right to be afraid. The decades ahead were grim, as machines replaced human labor, and it took time for society to adjust.

To understand the future, it often helps to look backward.

I want to start here, with one of the world’s most heralded inventions. Can you imagine the first woman (I imagine it was a woman) who built a controlled fire? How amazed her companions were. Perhaps afraid at first. But soon warmed and fed by her boldness. But even more important than fire itself was the ability to tell others about it! It was language that was our first great invention, the ability to pass fire from mind to mind.

The invention of movable type and the book led to a remarkable flowering in the economy, as the discoverers of the new could pass the fire of knowledge to people not yet born and to those living thousands of miles away.

The Internet was the next great leap. But the web browser—words and pictures online—was only a halfway house.

I was recently reminded just how access to knowledge has changed when riding on San Francisco’s 14 Mission bus. I was sitting between two old men. I pulled out my phone to check where to get off. The old man on my right was agog. He’d never seen Google Maps before. The other jumped in eagerly, explaining that the blue dot followed our progress. I left them, one still in wonder, the other confident in the new reality, now demoing Google Maps on his phone to the other, who had never seen it.

Think about it for a moment. Over a billion people can pull out their phone and see where they are and how to get where they want to go in real time. And that capability underlies new kinds of services like Uber, and remarkable startups like Zipline, which is delivering blood and critical medicines on demand by drone in countries without good roads or accessible hospital infrastructure.

GPS and Google maps illustrate what I call “the arc of knowledge.” We’ve gone from the spoken to the written word, to mass production of writing, to electronic dissemination via the Internet, to embedding knowledge into services and devices. AI is simply the next step in that arc, feeding massive amounts of data into machine learning models to find new meaning in it and to enable new kinds of services.

AI is not some kind of radical discontinuity. AI is not the machine from the future that is hostile to human values and will put us all out of work. AI is the next step in the spread and usefulness of knowledge, which is the true source of the wealth of nations.

It’s easy to blame technology for the problems that occur in periods of great economic transition. But, both the problems and the solutions are the result of human choices. As we saw during the first industrial revolution, when the fruits of automation are used solely to enrich the owners of the machines and treat workers as a cost to be eliminated, or as cogs in the machine, to be used up and thrown away, society suffers. But Victorian England figured out how to do without slavery, without child labor, with reduced working hours, and guess what: their society became more prosperous.

We saw the same thing here in the U.S. during the 20th century. We look back now on those good middle-class jobs of the post-war era as something of an anomaly. But as my friend, the labor organizer David Rolf, frequently points out, “God did not make an auto worker a good job!” We made choices as a society to share the fruits of productivity more widely.

We also made choices to invest in the future. That golden age of postwar productivity was the result of massive investments in roads and bridges, universal power, water, sanitation, and communications. Louis Hyman, author of Borrow: The American Way of Debt, pointed out that we went from 10% of homes in the U.S. having electricity in 1930 to 60% 10 years later, simply by putting idle capital and human ingenuity to work. After World War II, we committed enormous resources to rebuild the lands destroyed by war, but we also invested in basic research. We invested in new industries: aerospace; chemicals; and, yes, computers and telecommunications.

And education. Education. One of the most memorable moments for me during the Markle Rework America task force meetings that we were both a part of was a remark from sociologist and author Robert Putnam, who said, “All of the great advances in our society have come when we have made investments in other people’s children.”

In the age of AI, we are faced again with that choice to invest in the future. Technology investor Nick Hanauer said “Technology is the solution to human problems. We won’t run out of work till we run out of problems.” Are we done yet?

AI has the potential to turbocharge the productivity of all our industries. But making what we do now more productive, and sharing the fruits of that productivity, is just the beginning. If we let machines put us out of work, it will be because of a failure of imagination and a lack of will to make a better future! What is impossible today, but will become possible with the technology we are now afraid of?

Mark Zuckerberg and Priscilla Chan’s announcement a few weeks ago to fund an initiative that aims to cure all disease within their children’s lifetime is a great example of bold dreams. It’s hard to imagine that AI and machine learning won’t play a major role in achieving that ambitious goal. Already AI is being used to analyze millions of radiology scans at a level of resolution and precision impossible for humans, as well as helping doctors to keep up with the flood of medical research at a level that can’t be accomplished by a human practitioner.

And the White House Precision Medicine Initiative has already helped blaze that trail, with a vision of tailoring treatment to each individual patient. AI will play a huge role in precision medicine. We contribute our data; machines will help us interpret it. I heard recently from one startup that of the over one million full human genomes that have been sequenced, only 49,000 have been interpreted. That’s a job for AI.

Perhaps even more exciting, we’re studying the brain and how it works, with the prospect of creating prosthetics that give their users a sense of touch, that allow direct brain control of devices, and even “brain prosthetics” to deal with neurological diseases!

How about climate change? Climate change is for our generation what World War II was for our parents and grandparents, a challenge that we must rise to or suffer dire consequences.

Already in data centers, AI is radically increasing power efficiency. How do we rethink and rebuild our electric grid to be decentralized and adaptive? How do we use autonomous vehicles to rethink the layout of our cities, making them greener, healthier, better places to live? How do we use AI to anticipate ever more unpredictable weather, protecting our agriculture, our cities, and our economy?

Cybersecurity is another of our great challenges. And we are rising to it with the aid of machine learning. The DARPA Cyber Grand Challenge asked for the development of AI to find and automatically patch software vulnerabilities that corporate IT teams just aren’t able to keep up with. The problem is that an increasing number of cyber attacks are being automated, and as one knowledgeable friend of mine, who wishes to remain anonymous, remarked, “It takes a machine to get inside the OODA loop of another machine.” (OODA: Observe, Orient, Decide, Act.)

And as with every new technology, one of our grand challenges is governing our own creations. John Mattison, the chief medical information officer at Kaiser, once said to me, “The great question of the 21st century will be ‘Whose black box do you trust?’” As more and more systems are run by AI, we have to ensure that we know what it takes to understand what is going on in the black box. We have to ensure that AI is not controlled by only a few giant corporations but becomes the common heritage of mankind. And we have to ensure that every data/CS training program has ethics and security embedded throughout the curriculum.

AI is a tool for human purpose, the next step in a long line that goes back through the ox and plough, the sawmill and the factory, the steam engine and the automobile, the airplane and the communications satellite.

What challenges lie ahead that only AI can help us solve?

We must return again and again to the perpetual challenge: can we hand off a better world to our children?

The slides from my talk can be downloaded from SlideShare. For more of my thinking about technology and the Next:Economy, see my Economy topic page on oreilly.com.