10+ books for the Next Economy

A selective economy-related reading list for the year ahead. 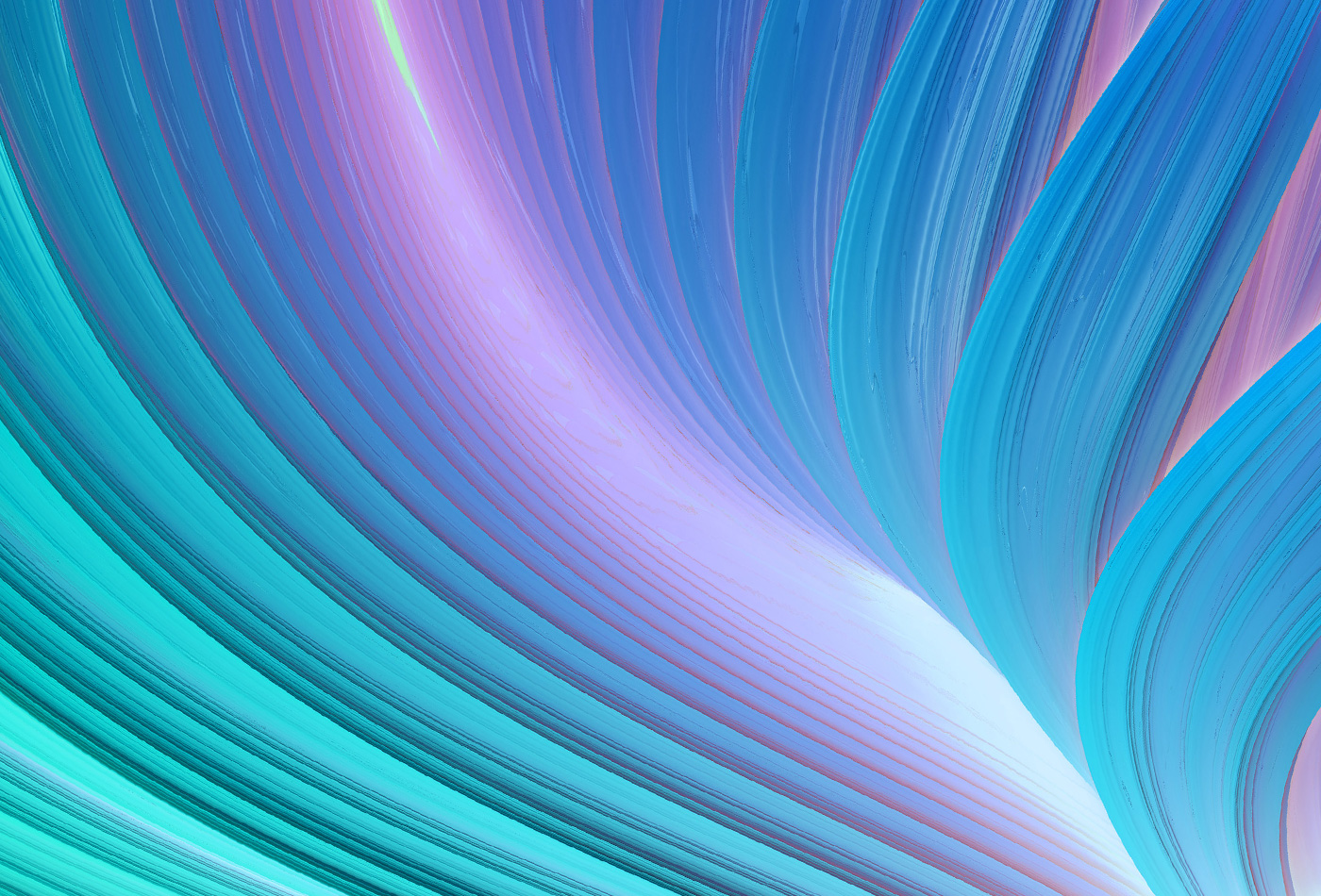 One of the most popular sections of the Next:Economy Newsletter is our periodic Deeper Reading feature, highlighting books of relevance to the ongoing transformation of the economy, the world of work, the costs of capitalism, and how business gets done. It’s nearly impossible to keep up with the recent spate of important, enlightening, and inspirational publications…and even if we could, we wouldn’t have the space to do justice to every book that provides a fresh perspective on how we think about work, entrepreneurship, capitalism, digital transformation, the construct of money, climate change, and other pertinent topics. To that end, we’ve put together a selection of books that comprise an engrossing Next Economy reading list for the year ahead.

The Making of a Democratic Economy

Last year, a reader of Tim O’Reilly’s book—WTF? What’s the Future and Why It’s Up to Us—pointed him to Marjorie Kelly’s 2001 book, The Divine Right of Capital, which he found revelatory. Kelly, cofounder of the Fifty by Fifty initiative to help build a more inclusive economy through employee ownership, came out with a new book this summer, cowritten with Ted Howard, cofounder and president of the Democracy Collaborative. The Making of a Democratic Economy: How to Build Prosperity for the Many, Not the Few addresses today’s systemic economic crisis of inequality and offers ideas for creating a more inclusive, democratic economy grounded in community, justice, and sustainability. Read it now on O’Reilly online learning.

In his new book, The Great Reversal: How America Gave Up on Free Markets, economist Thomas Philippon, professor of finance at the NYU Stern School of Business, lays the blame for today’s US economic problems squarely at the feet of anticompetitive, monopolistic practices employed by the largest American corporations; he shows how these practices drive up prices for consumers while limiting choices and stifling investment, productivity, and wage growth, perpetuating a vicious cycle of inequality. Watch Philippon present the issues raised in his book, followed by a panel discussion, in this video from the Brookings Institution Global Economy and Development program. In a recent interview from the public radio show Marketplace, Philippon explains how “market concentration and low competition has become the new normal in America.” You can read this adapted excerpt in the Atlantic. (To understand the broader effects of the consolidation of corporations on politics and how it’s tearing society apart, check out Matt Stoller’s Goliath: The 100-Year War Between Monopoly Power and Democracy.)

The Triumph of Injustice

Renowned UC Berkeley economists Emmanuel Saez and Gabriel Zucman (who have helped US presidential candidate Elizabeth Warren devise her tax plan) detail the transformation that has turned the US tax code upside down (so that the working class pays more as the wealthiest Americans benefit from policies that lessen their load) and propose reforms that will rectify this shameful situation in The Triumph of Injustice: How the Rich Dodge Taxes and How to Make Them Pay. We’ve already shared this New York Times opinion piece by David Leonhardt, which clearly depicts how the tax rate on the rich has plummeted from 1950 to the present. The book’s authors also wrote a Times opinion piece filled with more straightforward data visualizations depicting the inequity of the US tax system: “How to Tax Our Way Back to Justice.”

Newly minted Nobel laureates Abhijit V. Banerjee and Esther Duflo—a husband-and-wife team of economics professors at MIT—expand on their award-winning research in their new book, Good Economics for Hard Times. They pull apart conceptions perceived as common knowledge and dig into the facts about societal forces including inequality, migration, globalization, and taxation. Here’s a glowing review from the Guardian. Yet another New York Times opinion piece—this one by Nicholas Kristof, asking, “Should we soak the rich? You bet!”—draws on both this book and The Triumph of Injustice to make its argument. Harvard’s Joint Center for History and Economics hosted a launch conference for the book; watch the video here. You’ll find an extensive excerpt of the book when you scroll down here.

The Future of Capitalism

Oxford economist Paul Collier delves into global societal divisions—between urbanites and rural dwellers, educated elites and the unskilled working class, and developed and emerging economies—and offers pragmatic, ethical ways to bridge these social, economic, and cultural chasms within a more compassionate, inclusive form of capitalism in his book The Future of Capitalism: Facing the New Anxieties. Bill Gates has given a great deal of thought to the book; in this review he agrees with most of its premises while arguing that Collier should expand his framework for rectifying capitalism’s excesses beyond the levels of global, national, company, and family to include community. In this review from the Financial Times, Martin Wolf despairs that a renewed sense of social obligation can counter the powerful forces of selfishness and greed. Collier discusses his book in this video from Oxford’s Blavatnik School of Government.

James O’Toole, professor emeritus at the USC Marshall School of Business, founding director of the Neely Center for Ethical Leadership and Decision Making, and author of 17 books, turns his eye to business leaders who try to balance profitability and social purpose in his latest work, The Enlightened Capitalists: Cautionary Tales of Business Pioneers Who Tried to Do Well by Doing Good. As the subtitle forewarns, the impulse to build societal good into a corporation’s business practices has its perils; O’Toole offers case studies in the form of portraits of successful entrepreneurs who lost control of their enterprises to executives who did not share their belief that a company should do more than chase profits, including improving workers’ lives, advancing women in the workplace, and advocating for other social issues such as the environment. This review in the Financial Times points out that more recent business structure innovations—such as B Corporations, employee-owned enterprises, and cooperatives—offer better opportunities for compatibility of capitalism and corporate benevolence. In this Recode Decode interview by Kara Swisher, O’Toole tears into the Corporate Roundtable’s recent redefinition of the purpose of a corporation to care for more than short-term returns, expressing doubt that leaders of US corporations can “walk the walk.”

The Enlightened Capitalists might be the perfect book to read as a prelude to recent autobiographies by two strikingly different business leaders who have stood up for social issues to the tune of millions of dollars. In It’s How We Play the Game: Build a Business. Take a Stand. Make a Difference., Ed Stack recounts how he built the DICK’S Sporting Goods empire from his father’s two Dick’s Bait and Tackle stores, always intending to be a force for good in the communities where the stores are located. Distressed by the rise in school shootings, Stack raised the age for in-store gun purchases to 21 and pulled semiautomatics from his shelves in the wake of the Parkland, Florida, attack, destroying $5 million in inventory and angering conservative lawmakers, the NRA, and a large part of his customer base while at the same time earning accolades for placing principles above profits. The Washington Post describes Stack’s bold move and its ramifications here, and Stack recounts his actions in the broader context of US gun control in this CBS News interview.

Some people give discreetly and anonymously, but Salesforce founder, board chair, and co-CEO Marc Benioff is not that kind of guy. Benioff has famously put millions of dollars behind efforts to combat the homeless crisis in San Francisco, supporting legislation to raise taxes on large corporations to help the homeless (and getting into Twitter wars with his tech CEO peers who disagreed with Prop C) and, more recently, donating $30 million to launch the UCSF Benioff Homelessness and Housing Initiative. In Trailblazer: The Power of Business as the Greatest Platform for Change—written with Salesforce EVP of global strategic affairs Monica Langley—Benioff presents his vision for the role of business in making the world a better place and discusses how his company’s core values of trust, customer success, innovation, and equality; a commitment to giving back to society; and a focus on corporate culture have created a powerful competitive advantage. Benioff recounts his efforts to close Salesforce’s gender pay gap in this excerpt from Trailblazer in Wired.

Andrew McAfee, cofounder and codirector of the MIT Initiative on the Digital Economy and a principal research scientist at the MIT Sloan School of Management, expresses a positive vision for the future propelled by the “four horsemen of the optimist”—effective capitalism, technological progress, public awareness of environmental issues, and responsive, effective government—in More from Less: The Surprising Story of How We Finally Learned to Prosper Using Fewer Resources—and What Happens Next. He asserts that free markets and tech innovation will enable people to prosper while government institutions and the free press will rein in rapacious greed and protect against social and environmental harm—beliefs that seem inconceivable at this point in US history, as citizens lose faith in crumbling institutions while a cynical administration fights to maintain power. Part of his optimism derives from the fact that the US standard of living has risen over the past two decades while American consumption of resources like water, metals, and building materials declines. McAfee’s concept of the decoupling of growth and environmental degradation—at least in prosperous, developed economies—comes into question in many reviews of his book; this post from the MIT Initiative on the Digital Economy blog addresses those qualms. Here’s an enlightening interview with McAfee by Russ Roberts in his EconTalk podcast. (The transcript is also available.)

The Case for the Green New Deal

Political economist Ann Pettifor, cofounder and director of PRIME (Policy Research in Macroeconomics) and author of several books on economics, argues that financial markets, the economy, politics, and the ecosystem are inextricably bound together in her latest, The Case for the Green New Deal. She explains how governments can finance a Green New Deal without raising taxes in this Guardian story. Get a more detailed explanation of her rationale in this interview from New York magazine.

This just in: New releases from O’Reilly

As we call attention to an array of Next Economy-related books, we’d be remiss not to tout a few of our own. Here’s a sampling of recent releases, available for you to access right now on O’Reilly online learning. (If you’re not yet a member, try it free for 10 days.)